The Schulenburg Prize for Excellence in Medieval Studies honors Jane Schulenburg, Professor Emerita in History, and is awarded annually for the best undergraduate paper or project on any medieval subject. 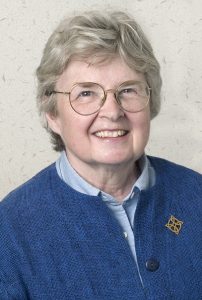 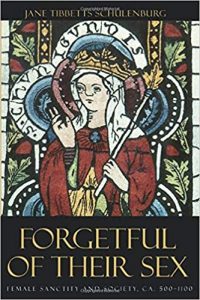 Jane Tibbetts Schulenburg is professor emerita at UW-Madison where she taught for forty-four years (1972-2016). She received her BA in history from Lawrence University (1965) and PhD in medieval social and economic history from UW-Madison (1969), studying under Professor David Herlihy. Medieval history has been part and parcel of her life, and she has felt the need to pass on her knowledge and passion for the subject to her students and the general public. Schulenburg’s first love was teaching medieval and women’s history courses and interacting with her many students. She was singled out as a “Top Ten Favorite Faculty Member” in 1979 and received the Van Hise Outreach Distinguished Teaching Award in 2013. Schulenburg was a member of the Department of Liberal Studies and the Arts/Continuing Studies where she taught non-credit evening classes; week-end seminars; provided many lectures broadcast on Wisconsin Public Radio; organized and led 39 medieval studies tours to Europe; etc. Over the years she also taught a number of medieval history courses in the Department of History, Medieval Studies, and Gender and Women’s Studies. Her course “Women in History:  From the Greeks to the Renaissance” (History 392) was the first European women’s history course offered on campus. WPR recorded and broadcast her lectures; they were also used in an early UW correspondence course on women’s history. In addition, she frequently taught her special topics courses: “Women in Medieval Society” and “Historical Perspectives of Gender, Space, and Place”– as well as coordinating/teaching a Medieval Studies team-taught course,“Life in the Middle Ages.”

Schulenburg has been the recipient of a number of research awards and has published widely. Her work focuses on early medieval Europe from ca. 500-1100: studying women and religion, female saints, monasticism, gender and sacred space, female patronage, and medieval embroidery. Her major publication is Forgetful of Their Sex: Female Sanctity and Society, ca. 500-1100 (University of Chicago Press, Chicago and London, 1998, pb 2001), 587 pp. For a number of years she has been working on a research project which explores medieval concepts of gender, sacred space and place, and the intersection of material culture.

Jane Schulenburg is also a needle artist/embroiderer whose work has been featured in several exhibits. Her embroideries are based on medieval works of art (mosaics, manuscript illuminations, wall paintings, stained glass, etc., and feature mainly images of women). They are stitched in the medieval style of the Opus Anglicanum.

2021: Benjamin Isaacs, “The Hot Springs of the Icelandic Sagas: A History and Analysis.”(Prof. Kirsten Wolf)

2018: Jacob Gonring, “Passed Over Sketchily and Hastily: The Depiction of Greed as a Motivating Force Behind the Crusades in High School Textbooks since the late 19th Century and the Dangers of Oversimplification.” (Prof. Elizabeth Lapina)