The Medieval Studies Program at the University of Wisconsin-Madison offers an interdisciplinary environment for the exploration of the cultures of Europe and the Mediterranean basin during the Middle Ages, a period spanning Late Antiquity to roughly 1500. Representing faculty from over 18 departments, we offer courses and certificate programs at both the graduate and undergraduate levels. The Program also sponsors events and conferences on topics of interest both to the university and to the community at large.

Prof. Thomas Prendergast (English, College of Wooster) will give his faculty/grad brownbag and public lecture on Chaucer in the English Department on Friday, October 1st.

Public Lecture and Workshop sponsored by the English Department and the Medieval Studies Program.

Public Lecture. Prof. Jodi Magness (University of North Carolina at Chapel Hill), “Ossuaries and the Burials of Jesus and James.” 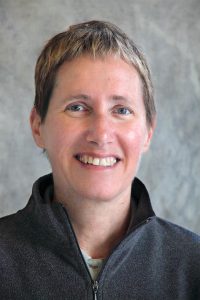 In 2002, an ossuary inscribed “James son of Joseph brother of Jesus” surfaced in the hands of a private collector. A few years later, a Discovery Channel documentary and related book claimed that the tomb of Jesus and his family has been found in Jerusalem. In this slide-illustrated lecture, we examine the validity of these sensational claims in light of archaeological and historical evidence for ancient Jewish tombs and burial customs in Jerusalem, including the burials of Jesus and his brother James.

Workshop for faculty and graduate students.

Jodi Magness (www.JodiMagness.org) is a member of the American Academy of Arts and Sciences (category of Philosophy and Religious Studies).  She holds a senior endowed chair in the Department of Religious Studies at the University of North Carolina at Chapel Hill: the Kenan Distinguished Professor for Teaching Excellence in Early Judaism.  From 1992-2002, Magness was Associate/Assistant Professor of Classical and Near Eastern Archaeology in the Departments of Classics and Art History at Tufts University, Medford, MA.  She received her B.A. in Archaeology and History from the Hebrew University of Jerusalem (1977), and her Ph.D. in Classical Archaeology from the University of Pennsylvania (1989).  From 1990-1992, Magness was Mellon Post-Doctoral Fellow in Syro-Palestinian Archaeology at the Center for Old World Archaeology and Art at Brown University.

Three of Magness’ books have won awards: her most recent book, Masada: From Jewish Revolt to Modern Myth (Princeton: Princeton University, 2019), was selected as a finalist for the 2019 National Jewish Book Award in the category of History, the Gerrard and Ella Berman Memorial Award.  The Archaeology of Qumran and the Dead Sea Scrolls (Grand Rapids, MI: Eerdmans, 2002; revised edition 2021) won the 2003 Biblical Archaeology Society’s Award for Best Popular Book in Archaeology in 2001-2002 and was selected as an “Outstanding Academic Book for 2003” by Choice Magazine; and The Archaeology of the Early Islamic Settlement in Palestine (Winona Lake, IN: Eisenbrauns, 2003) was awarded the 2006 Irene Levi-Sala Book Prize in the category of non-fiction on the archaeology of Israel.  Her other books include The 2003-2007 Excavations in the Late Roman Fort at Yotvata (co-authored with G. Davies) (Winona Lake, IN: Eisenbrauns, 2015); The Archaeology of the Holy Land from the Destruction of Solomon’s Temple to the Muslim Conquest (New York: Cambridge University, 2012); and Stone and Dung, Oil and Spit: Jewish Daily Life in the Time of Jesus (Grand Rapids, MI: Eerdmans, 2011).  In addition, Magness has published dozens of articles in journals and edited volumes. Her research interests, which focus on Palestine in the Roman, Byzantine, and early Islamic periods, and Diaspora Judaism in the Roman world, include ancient pottery, ancient synagogues, Jerusalem, Qumran and the Dead Sea Scrolls, and the Roman army in the East.

Magness received a 2016-2017 National Endowment for the Humanities (NEH) Public Scholar Award for work on Masada: From Jewish Revolt to Modern Myth.  For 2021-2022, she was awarded a Kingdon Fellowship at the Institute for Research in the Humanities at the University of Wisconsin-Madison, a Fulbright Israel Senior Scholar Award at Tel Aviv University, and the Gitin Professorship at the W. F. Albright Institute of Archaeological Research in Jerusalem, to support research on Jerusalem Through the Ages (under contract with Oxford University Press).   Magness’ other awards include a fellowship from the American Council of Learned Societies and a fellowship in Byzantine Studies at Dumbarton Oaks in Washington, D.C. (1997-98); a National Endowment for the Humanities (NEH) Fellowship for College Teachers and a Skirball Visiting Fellowship at the Oxford Centre for Hebrew and Jewish Studies (2000-2001); a Fulbright Lecturing Award through the United States-Israel Educational Foundation at the Institute of Archaeology at the Hebrew University of Jerusalem (spring 2005); a fellowship at the School for Historical Studies at the Institute for Advanced Study in Princeton, NJ (2007-2008); and a Chapman Family Faculty Fellowship at the Institute for the Arts and Humanities at the University of North Carolina at Chapel Hill (2010-2011).  She has been invited to deliver the 2022 Schweich Lectures in Biblical Archaeology for the British Academy.

In 2008 Magness received a national teaching honor: the Archaeological Institute of America’s Award for Excellence in Undergraduate Teaching.  She produced a 36-lecture course on “The Holy Land Revealed” (released December 2010), and a 24-lecture course on “Jesus and His Jewish Influences” (released December 2015) with The Teaching Company’s Great Courses.  Magness consulted for and is featured in the National Geographic giant screen film Jerusalem, which premiered in September 2013 (http://www.jerusalemthemovie.com/).  Magness also consulted for and appeared in the National Geographic series, The Story of God with Morgan Freeman, which aired in spring 2016.

Magness is past President of the Archaeological Institute of America (AIA) (Jan. 2017-Jan. 2020).  She is a member of the Managing Committee of the American School of Classical Studies at Athens, and  has been a member of the Board of Trustees of the W.F. Albright Institute of Archaeological Research in Jerusalem (and past Vice-President), the Governing Board of the AIA, and the Board of Trustees of the American Schools of Oriental Research.  Magness has served as President of the North Carolina Society of the AIA and the Boston Society of the AIA. 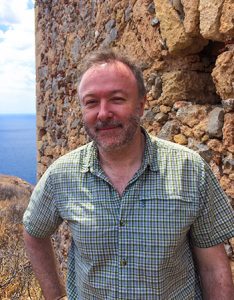 Public Lecture. Prof. Efraim Lev (University of Haifa) “The contribution of the Cairo Geniza to the study of medieval Arabic medicine.”

Workshop for faculty and graduate students.